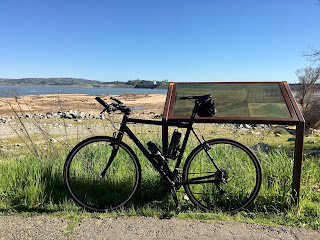 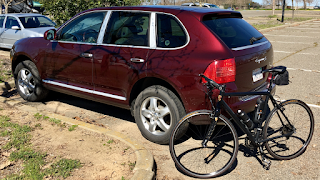 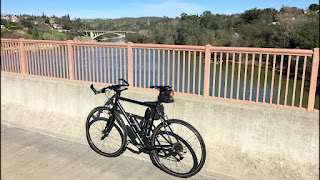 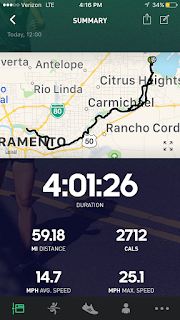 Today I drove the Cayenne S an hour and a half to Folsom to start riding the American River bike trail at Beals Point. I usually start at the downtown Sacramento end of the trail, but with the recent flooding, I decided to start at the other end just in case downtown was still flooded.

My goal was 60 miles today which would be the longest ride on the recently rebuilt 2004 Porsche Bike X. I almost hit my goal, ending up with 59 miles. But it wasn't an easy 59 for sure.

From Beals Point the trail heads downhill with some fun high speed corners. But before I rode very far, the paved path was blocked with a giant concrete barricade. Apparently in the last set of storms, a dirt and rockslide covered the trail in three places. Since I just got started, I didn't want to turn around so early. Picking up my bike, I crawled over the boulders with the Bike X on my shoulder. Having to scale three mounds of rubble wasn't easy and took it's toll later after mile 45.

After the scramble, I was able to open up a strong pace for 30 miles enjoying the views and great Sacramento, California weather. From Beals Point to Sacramento the trail is a net downhill ride following the American River. With all the rain and snow in the Sierra, the river is flowing very well.

I was hoping to ride the 32 miles to Discovery Park in downtown Sacramento and turning around to achieve the 60 miles. But getting within several miles of Discovery Park I ran into the same flooded area I did last time I was there a month ago. So turning around I knew I would be short of my 60 mile goal.

Heading the slight uphill back my legs were running out of gas. I haven't had a chance to ride outside much due to the harsh winter. I wanted to push myself - I got my wish. With legs getting tired I decided not to climb over the boulders on the way back, instead rode around the other side of Lake Natoma when I got there. The little detour actually added a few miles which got me back up to the 59 miles. Getting back to the Cayenne I was worn out. Glad I rode 59 miles. But not able to go much further. In the end, a great ride and a lot of fun.

The best part of the entire ride was how well the Bike X performed. It is pedaling, shifting and rolling so smoothly. It turned out to be a great bike. I was averaging over 17 miles an hour for the first 30 plus miles. I am glad I decided to use the Continental Gatorskin tires too. The paved path had a lot of rocks and pot holes which could flat most bicycle tires.

I did adjust the riding geometry a little before heading out. I lowered the front handle bars and rose the seat up providing a more aggressive riding position. I liked this set up so much I plan to leave it this way for all the training and upcoming Death Ride.
at March 12, 2017 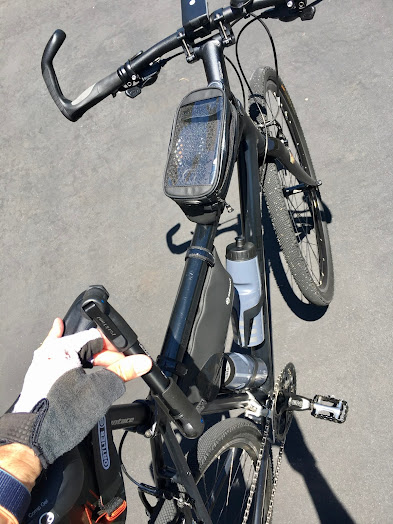 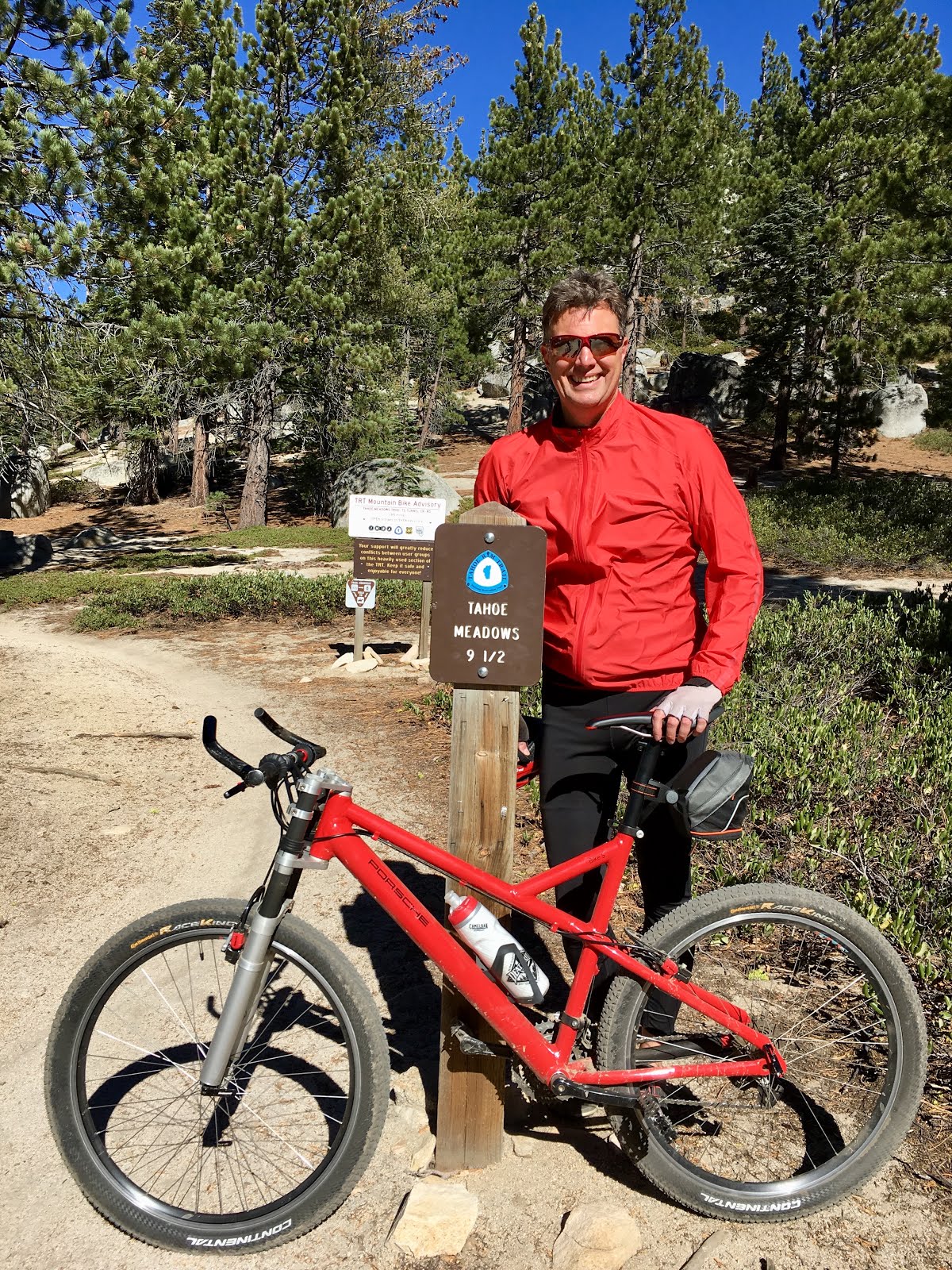 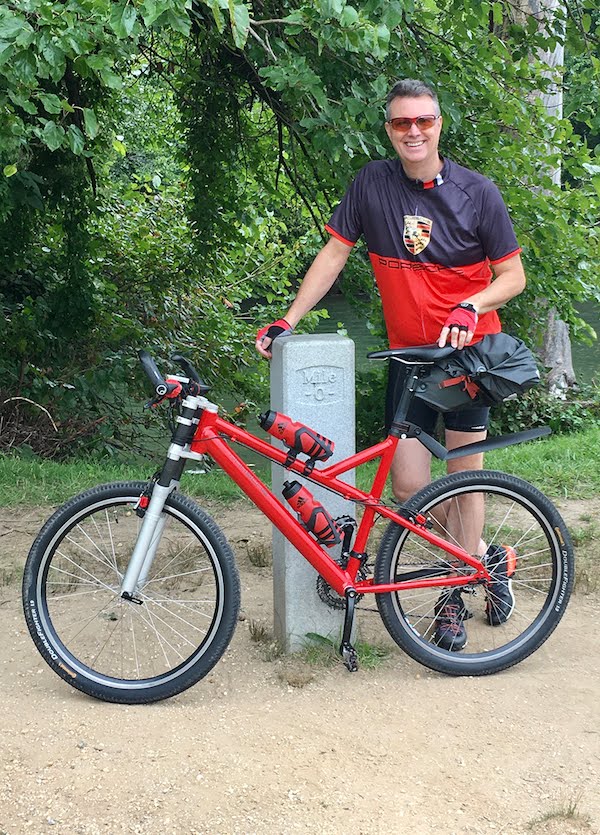 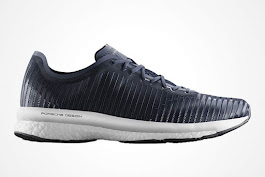 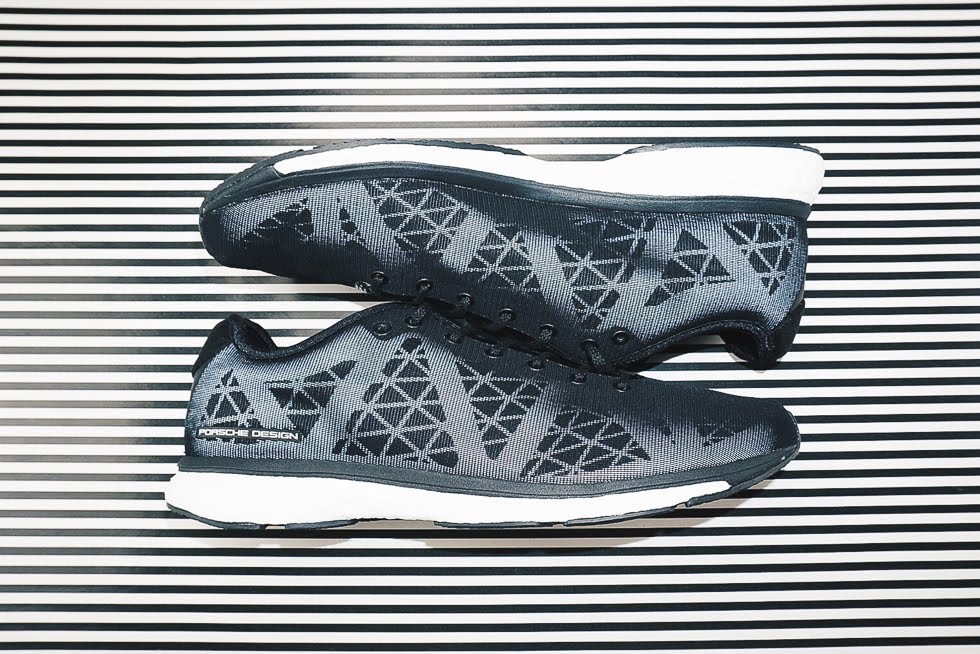 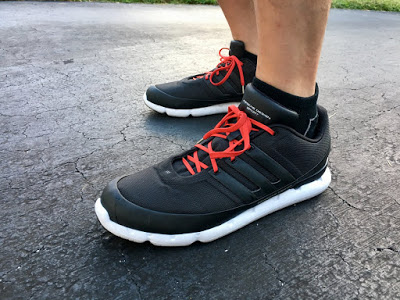 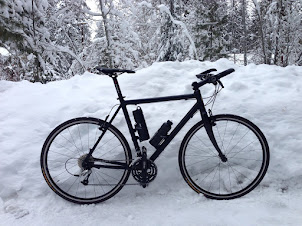 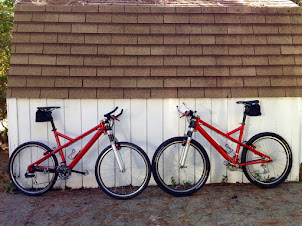 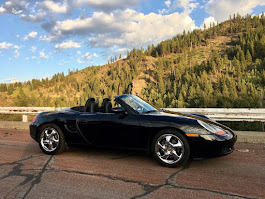 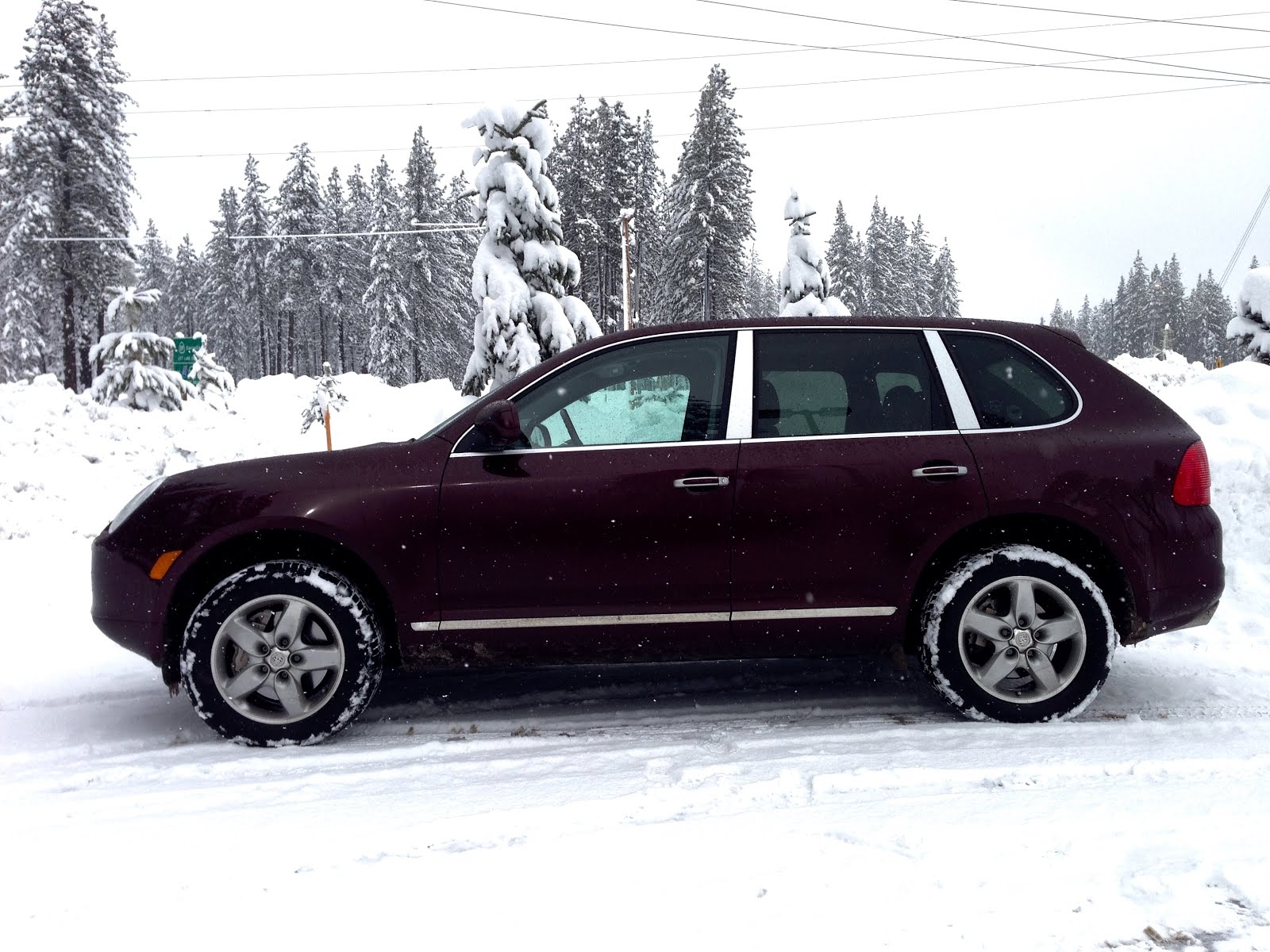